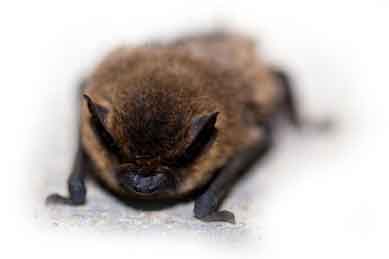 We are approaching 40 years of bat removal experience in Oregon, and we handle projects all over the State of Oregon. Professional bat removal work encompasses several different industries, therefore we are licensed general contractors, roofers, and wildlife control experts all combined into one service. We offer a turn key service to remove the bats, prevent bat re-infestation, and clean up bat waste, and repair bat related damages to the structure.

Rabid bats are found and documented annually in Oregon. Bat rabies is the only rabies strain endemic to Oregon. Bat rabies have been documented in 30 out of 36 Oregon counties. Typically only individual rabid bats are encountered and or captured for official rabies testing. This creates a significant shortfall in the estimated numbers of rabid bats, because most Oregon bats live together in colonies. Bats cluster together, and interact in tight areas therefore exposing all the bats in a colony to rabies, if even one member of the bat colony develops rabies. Bats, and in fact most other mammals, can be a rabies carrier a long time before they develop an active rabies outbreak that will eventually kill the infected bat. This is the reason we have bat rabies outbreaks every year in Oregon, and always will. Historically, from 1960 thru 2000, Lane county has had the largest number of "tested" rabies positive bats.

Bat Related Histoplasmosis: Bat guano is a known histoplasmosis vector, recognized by the CDC. The exposure risk of histoplasmosis comes from inhalation of spores of the fungus Histoplasma Capsulatum. These spores are in the guano of bats infected with this fungus. This potential health risk is why bat waste should be professionally removed from occupied houses and buildings.

Bat on The Ground: When a bat is found on the ground or "grounded" this means something is wrong. Bats on the ground should not be captured or handled by any untrained people. Rabies should be a first consideration since this is a fatal virus that could be transmitted to a human. But, it could be an injured or dehydrated bat as well? Sometimes juvenile bats fall out of the primary opening to a building, or fall off of their mothers back as they are being conditioned to the outdoor environment.

Bat Guano Professional Cleanup: We specialize in bat related damages and bat waste cleanup to homes and buildings. We have a team of professional environmental clean up technicians, and are fully trained and equipped for this type of work.

Bat Urine: Bat urine is a very erosive contaminant due to the high content of uric acid. This urine can severely damage metal and wood components inside a structure. Typically electrical junction boxes, conduit, ductwork, and all structural plates and fasteners are damaged by bat urine in a bat infested attic or vaulted ceiling. In addition to the uric acid damage bat urine can, and often does, contain a multitude of different pathogens, as well as a strong odor. Bat urine crystallizes to a white color after it dries and is often observed on glass window surfaces where bats have an infestation. White stains associated with areas bats are using can be observed on any surface where bat urine is present though.

Bat Prevention: Bat prevention is one of the most important elements of a successful bat removal project. This component of bat removal projects will often fail if done incorrectly, or by inexperienced technicians that don't specialize in bats, and then the bats will re-infest. We have 39 years of experience in bat prevention. We are licensed general contractors, as well as a licensed, and nationally certified, bat removal company. Our level of experience is unmatched in this industry.

Bat Inspections: Typically in this industry bat professionals charge for the initial inspection of a site. In our professional opinion beware of free inspections, they are often more of a general marketing attempt, than a professional evaluation of your specific problem. For a customer to have a proper advocate, dedicated to their interest of resolving their problem, they have to pay for the time of the advocate.

"Called ABL WILDLIFE with a critter problem. We had a momma raccoon and two babies in our ceiling. Anna responded quickly and gave us all the options. We wanted the animals removed but unharmed. Anna knows the habits and nesting tendencies of lots of wildlife species. She has all the latest equipment to get the job done including motion activated cameras. Sis a real Pro. Couldn't have been more satisfied with the service."
Lauren C. - Portland, OR